The rise of hydrogen pilot cities in South Korea

As part of its effort to achieve carbon neutrality by 2050, the government of South Korea is working to transition hydrogen to be a vital engine of economic growth and job creation.

Their intent is to create a "hydrogen society" that utilizes hydrogen as a key energy source for transportation and power generation. To accomplish this, the government implemented a strategy focused on laying legal foundations to promote hydrogen and the implementation of safety standards for facilities. Enter the Hydrogen Economy Promotion and Hydrogen Safety Management Act (“Hydrogen Act”), an act passed into law by the Korean National Assembly that became the world’s first hydrogen law that took effect in early 2021.

South Korea’s hydrogen pilot cities are evaluating the application of hydrogen in several sectors, particularly that of the power generation. Power generation from hydrogen is especially of interest because a sizable portion of South Korea’s hydrogen needs are supplied from byproducts in petrochemical processes from South Korean companies. Because these companies produce hydrogen as a byproduct, the Hydrogen Act allows for such companies to be designated as “hydrogen-specialized,” granting them government support. One of such hydrogen specialized companies is Hyosung Heavy Industries (Hyosung).

Hyosung maintains propylene production facilities through Propane De-Hydrogenation process that can generate up to 13,000 tons of hydrogen byproduct annually that the company normally sells to an industrial gas company. Hyosung established carbon reduction targets tailor-made for each of its operating companies to reduce carbon emissions through hydrogen projects for research and development and commercialization. In line with the Hydrogen Act’s industrial strategy elements that support hydrogen-focused companies, Hyosung is analyzing the use of its hydrogen byproduct for power generation. The company has launched a demonstration project that will generate electricity using the hydrogen byproduct produced at its Ulsan-based Hyosung Chemical Yongyeon Plant facility.

In selecting an INNIO Jenbacher ‘Ready for Hydrogen’ engine for the demonstration power plant project, Hyosung set a target goal of reducing emissions and energy consumption while increasing energy efficiency, both of which INNIO’s proven technology will help in meeting. Hyosung seeks to secure operational experience from using the hydrogen-fueled engines for large scale industrial commercialization. Hyosung expects the project to achieve commercial operation in 3Q 2022 and complete the demonstration by end of 2022. 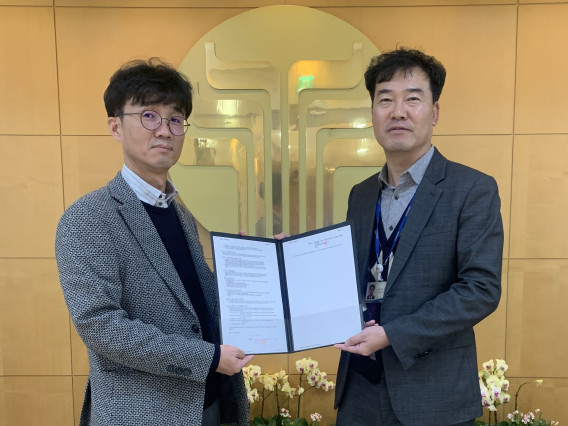 “INNIO has based its strategy on hydrogen becoming a driver of the energy transition, as it is uniquely positioned to shape a low- through no-carbon energy sector. INNIO launched its ‘Ready for Hydrogen’ portfolio to meet customers’ demands for sustainable solutions, such as at Hyosung, to establish hydrogen-based power generation. We are pleased to be their hydrogen engine technology partner of choice and to establish the first 100% hydrogen power plant in APAC,” said Olaf Berlien, president and CEO of INNIO. “We will continue our relentless focus to deliver INNIO technologies and services that will help our customers to reduce their carbon footprint down to zero.”

With ongoing climate change, countries and organizations are developing an array of scenarios that detail how global warming can be slowed. While many of these scenarios call for drastically reducing or completely phasing out fossil fuels with reliance on predominantly wind and solar renewable energy, increasingly, hydrogen is emerging as an effective solution. INNIO Jenbacher technology is leading the deployment of hydrogen engines. In collaboration with Hyosung, INNIO Jenbacher hydrogen-fueled engine technology is playing an important role in demonstrating that hydrogen can accelerate and transform global reliance from fossil fuels to renewable energy sources.

INNIO takes the Silver, keeps an eye on Gold

Making Dollars and Sense out of ESG