How One Tiny Cooperative Kept Warm During the Great Texas Freeze

The Ground Hog Day Trifecta of Storms that sent the state of Texas into a power outage in February 2021 caused an estimated $195 billion in damages from blackouts, making them the most expensive power outage in the history of the state. More than 4.5 million homes and businesses were left without power, some for several days – sadly, at least 150 people were killed directly or indirectly. But, how did Texas’ Electric Reliability Council of Texas (ERCOT) grid fail and how can it prevent another grid failure of such magnitude from ever happening again?

Bitter Cold, Deep in the Heart of Texas

First, it’s important to understand that Texas has its own independent power grid – ERCOT – which covers 90% of the state. ERCOT is responsible for operating the power grid, creating a competitive electricity market and conducting system and grid planning. Simply put, the severity of the winter storm took ERCOT by surprise, leading to an outage across the Texas power grid. Unlike the rest of U.S. power grids, ERCOT is an energy-only market. This means that there is no alternative method in the economy to compensate for energy problems. 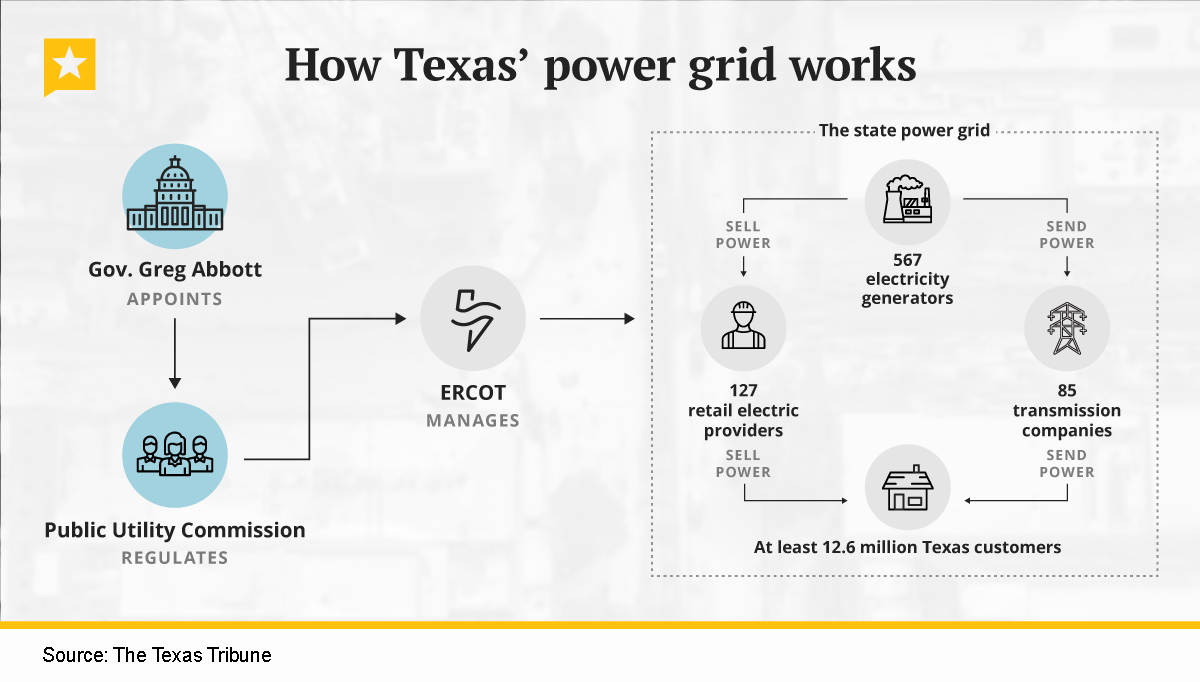 The storm did not only impact Texas

And let’s not forget the wind turbines. Although nearly half of Texas’s wind-energy capacity, which accounts for 20% of the state’s electricity supply, was lost at the peak of the freeze, twice as much overall was lost from other sources.

“The Jenbacher technology allowed us to quick-start the power plant in less than 5 minutes to support grid stability and supply 51 MW to San Bernard’s members. This helped to provide secure and reliable power to approximately 20.000 homes in the San Bernard region,” said Frank Rotondi, president and CEO of Sky Global Partners. “As a consequence, the power plant also helped to heat the homes via electrical baseboard or heat pumps.”

Not everyone in Texas lost power

One co-operative called the San Bernard Electric Cooperative kept the lights and heat on during the storm. The San Bernard Electric Cooperative has maintained a long partnership with independent power producer, Sky Global, to design and construct their Sky Global Power One peaking generation plant. The Sky Global One power plant was built to provide surplus power when needed to help adapt a significant amount of renewable power to the ERCOT grid. Because of the significant amount of wind power generation, the San Bernard Cooperative’s power experienced lots of volatility.

The cooperative turned to Sky Global to offset that volatility. Powered by six INNIO natural gas-fired Jenbacher gas engines, the power plant provides surplus electricity to help meet peak power demand for San Bernard county. When the ERCOT grid crashed, the Sky Global Power One power plant was brought online during the power interruption and ran continuously for five days. Sky Global Power One power plant provided much needed surplus power that stabilized the cooperative’s grid and provided much needed heat as well. This power plant working with this cooperative delivered electricity and heat to approximately 20,000 homes across an eight-county region in southcentral Texas when they needed it the most.

“As the population across the San Bernard service area continues to grow, secure power supply has become increasingly important,” said Billy Marricle, General Manager for San Bernard Electric Cooperative. “The Sky Global Power Plant helped to secure grid stability and keep the lights and heaters operating for approximately 20,000 homes in Colorado County during the historic winter storm this past February.”

While their neighboring counties experienced the bitter cold with no electricity, the Sky Global One power plant provided emergency power during the power outage. The very same power plant also provides peaking power year-round to the San Bernard Electric Cooperative.

The colors of hydrogen